The well is in the Venelles farming plain, along the « Pinchinats » road.

The well belonged to the town, and the water could be used by all the population, especially local families who regularly came to the washing place. The water was considered « cool and pure » and attracted inhabitants from Aix, who came in large numbers to fill up large reserve bottles. 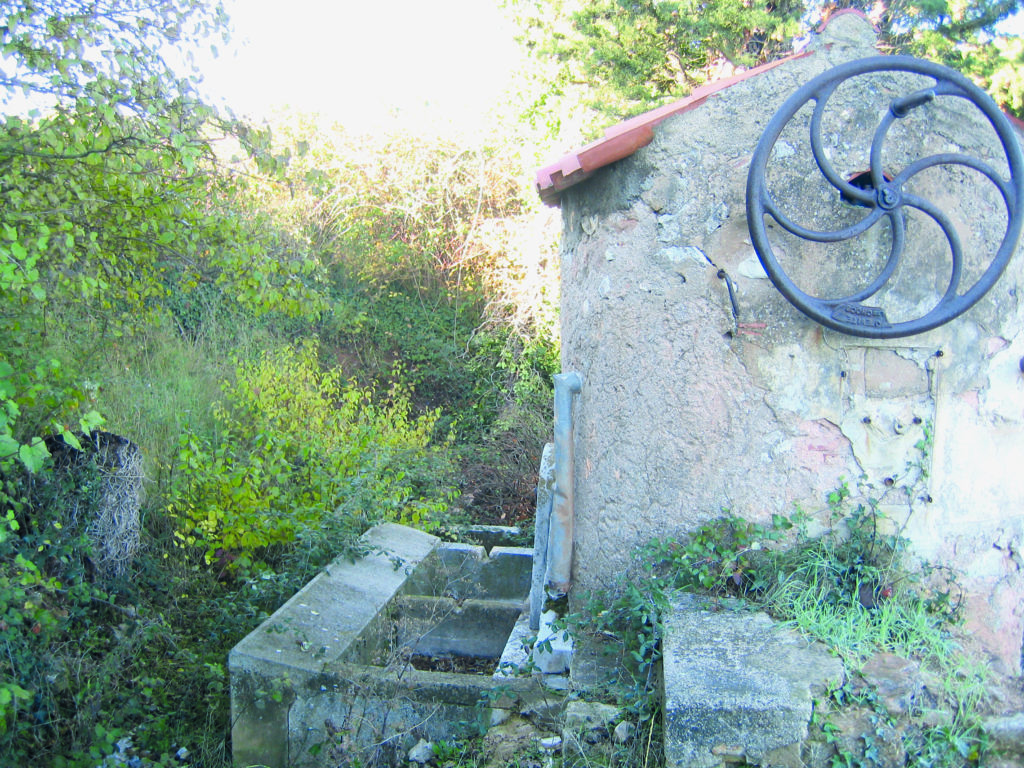 The well is designed as a quadrangular stone structure.

It is open to the prevailing winds. A red tile roof protects it from rain, evaporation and dirt.

Rubble stone masonry was a cheap building method, using stones found in the fields. The joints were made with mortar from clay, sand and quicklime.

A handle fixed to the wall of the well operated the water dispenser, then a cast-iron wheel was used to bring the water to the surface.

The water then flowed through two iron pipes: one to directly fill up the buckets and the other to supply the washing place behind the well.

The first basin had two water tanks. Above them was a marble plaque and a sloping surface. The water flowed into a second rimmed basin.

The washing place was mainly used by washerwomen on big washing days. 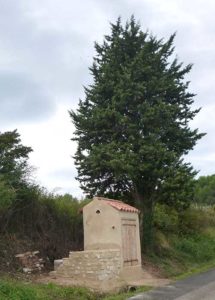