Before the French Revolution, the dead were traditionally buried in mass graves. Under the Napoleonic Empire, a decree of 23 Prairial, Year 12 (12 June 1804) declared that « bodies are to be buried in a separate grave and filled with well-beaten earth ».

The concessions could be long-term or perpetual and were first reserved for an elite. They later spread more widely among all social groups.

The old cemetery is typical of the late 19th century. It includes some fine tombs made of limestone. This was the town’s first cemetery and the resting place of Venelles’ oldest families.

The cemetery’s location corresponds to article 3 of the decree on burials, which said that « the highest local areas of land, facing north, will be chosen for preference. Cemeteries should be enclosed by walls of at least two metres high. Trees should be planted, while taking care not to prevent the air from circulating freely. »

The cemetery is designed with dry-stone wall terraces or « bancaus ».

Most of the graves have headstones made of sculpted limestone, and are richly decorated with medallions, crowns and other symbolic elements. 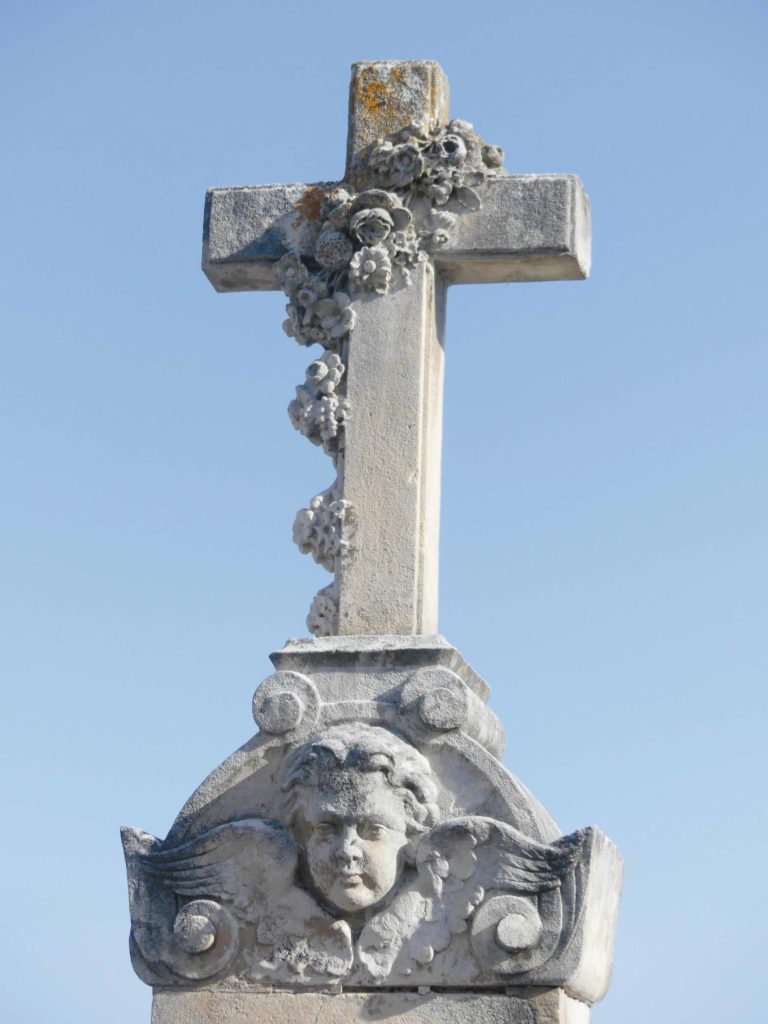 A war memorial has also been built in the centre.

On the first two levels are tombstones surrounded by an iron railing. Sometimes, a metal flame rises up, evoking life. Some sepulchres are set apart by boundary stones and chains, separating them from the non-sacred area. Lastly, there is a tomb in the form of a small chapel. 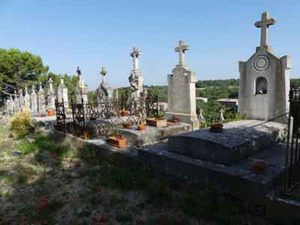 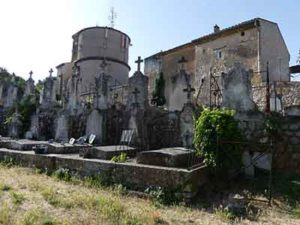