Venelles then spread across the plain along the Alpine road. The layout of the village shows the stages in its development.

The raised position of Venelles may explain its name. The village’s silhouette, formed by the windmill, the old church and the water tower, is a landmark in the surrounding areas.

Les Logis, the heart of the new village

The hamlet of Les Logis first arose in the 18th century around a « Logis », a Provençal word for a large inn. It then gradually spread along the Alpine road in the 19th century and today is one of the main centres of Venelles. It is made up of lines of houses, some with porches, indicating that they once had stables and were farm buildings. 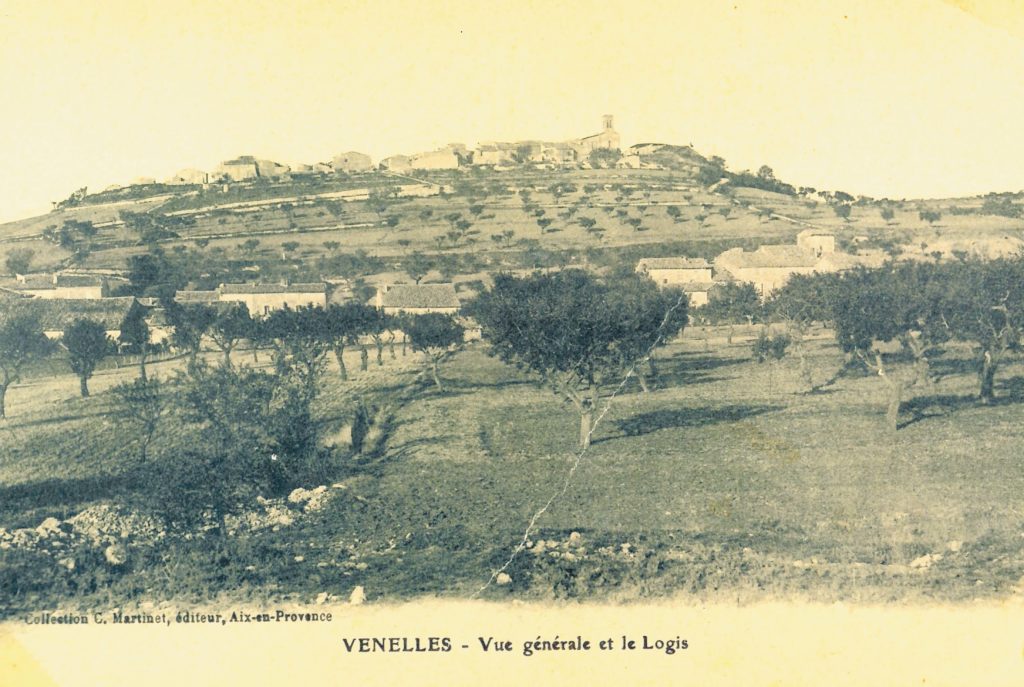 The hamlet’s name has the same origin as Les Logis. It is on the departmental road and groups together several areas of land. Today it includes residential areas and the business park.

Around these three hamlets urbanisation developed in the town from the mid-20th century, with housing development prevailing. But one still has the impression of being in the countryside because of natural and farm areas, woodland, hills and valleys that account for 53 % of the village’s surface area.

The CEA Cadarache site and the Provence Canal have helped attract newcomers. The town has managed to preserve its original spirit and quality of life. 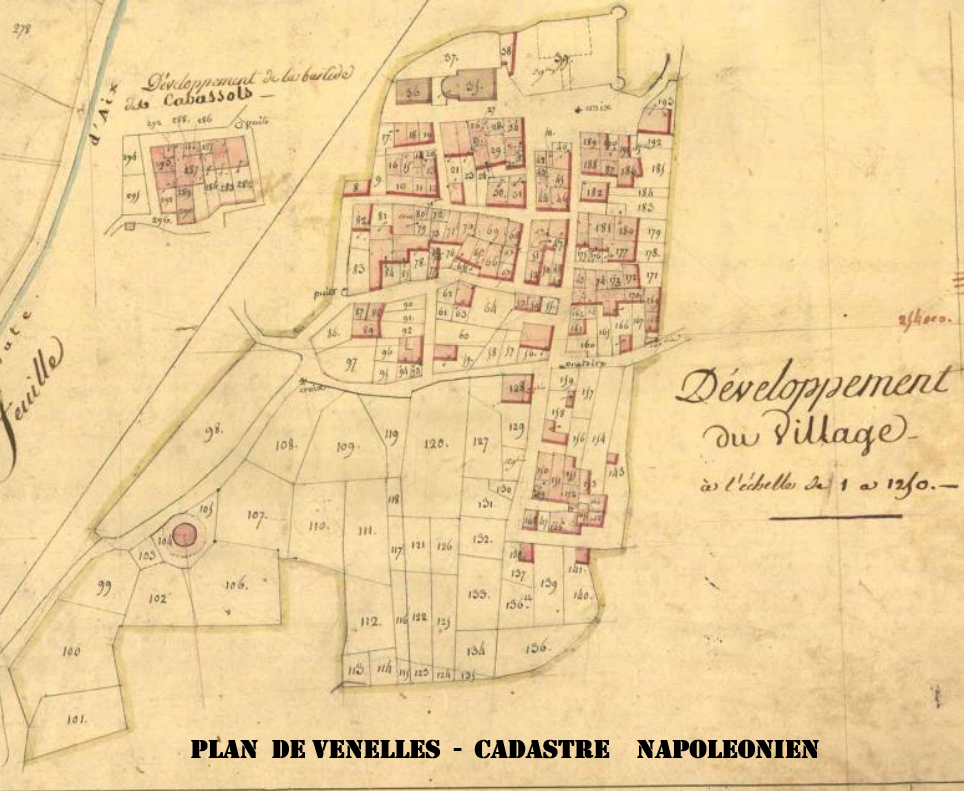 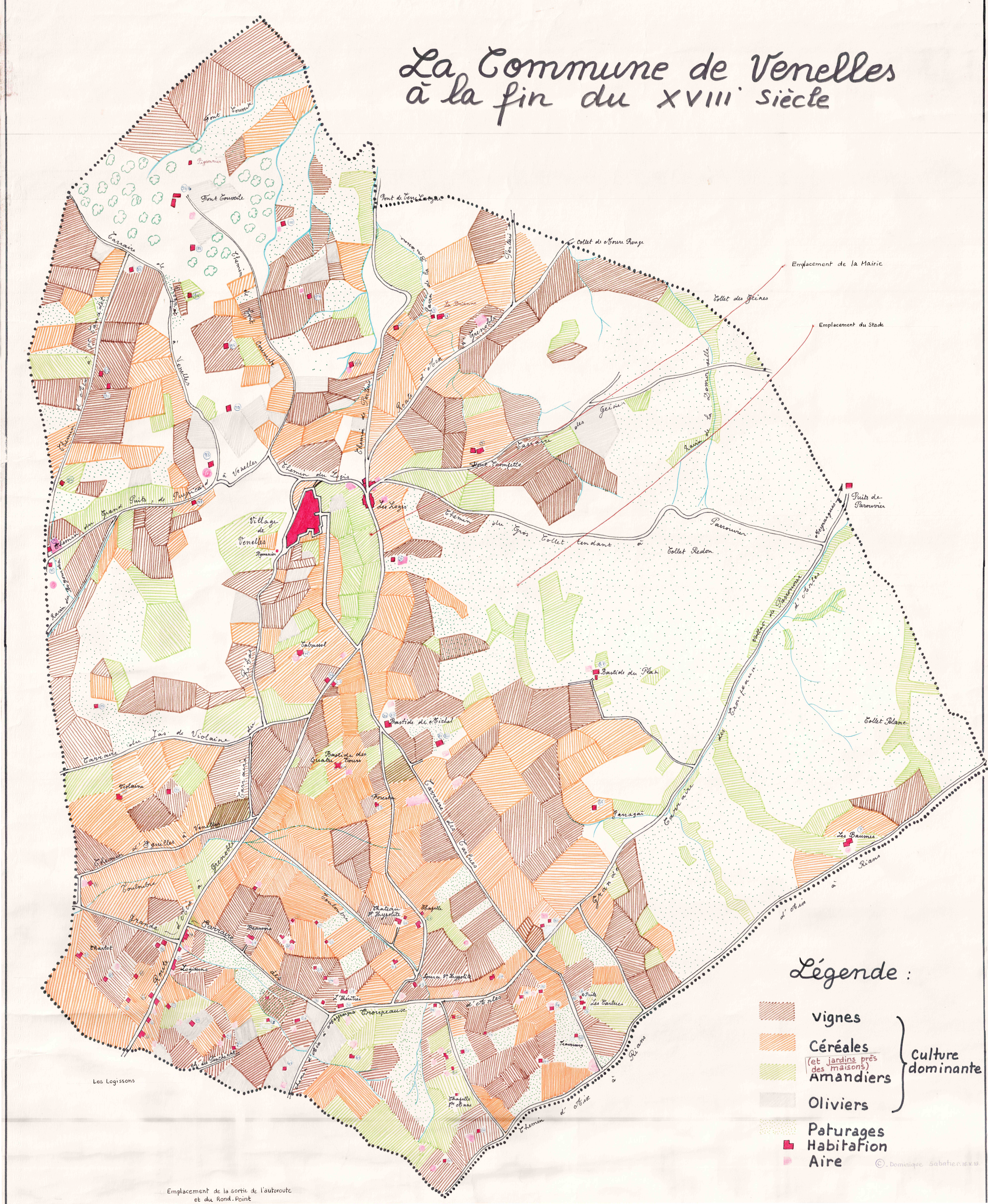