After the earthquake destroyed the church and the presbytery in 1909, it was decided to build a new church in Les Logis.

The location can be explained by the village’s new centre of gravity, near the Alpine road. But the decision was not welcomed by the inhabitants of Venelles-le-Haut. It is even said that some of them were so unhappy about the new site that they converted to Protestantism. 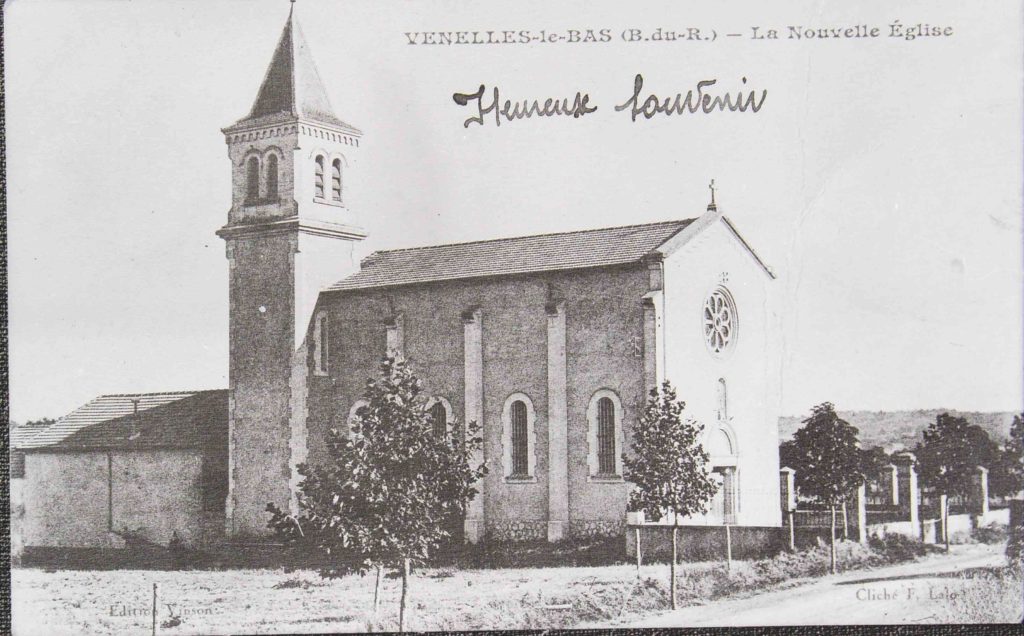 Along with the church, the building project included a presbytery and a girls’ school. The site was named  »Saint-Hippolyte » and inaugurated in 1911. It was the property of Mr Alban D’Hautuille, the community’s « right-hand man » and a landowner, by virtue of article 552 of the Civil Code.

In 1924, it was taken over by the Diocesan Association of the Archdiocese of Aix-en-Provence and Arles.

Restoration work was undertaken in the 1970s, with a forecourt created to give access from the new square.

In 1997, the Friends of Saint-Hippolyte association applied for a building permit for a new extension, but without changing the existing building.

The church was consecrated on 14 December 2008.

Notable works in the church

The most remarkable work in the church is a monumental bas-relief sculpture by Louis-Félix Chabaud, The Baptism of Clovis. It is the last known work by the Venelles sculptor.

A statue of Saint-Hippolyte stands in the narthex, above the two entrance doors to the new nave. 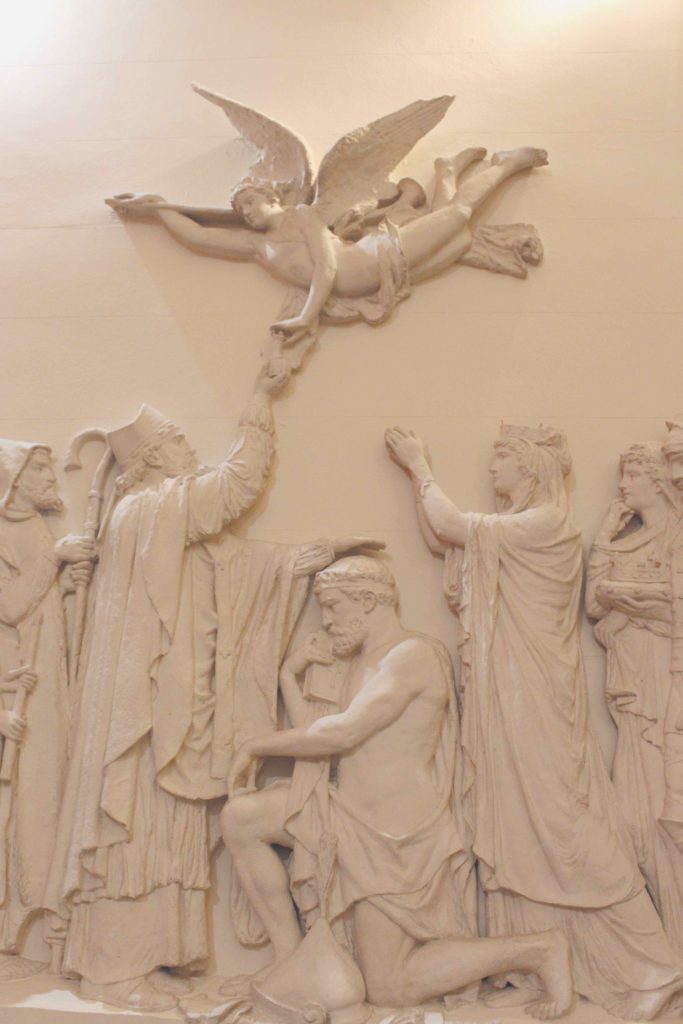 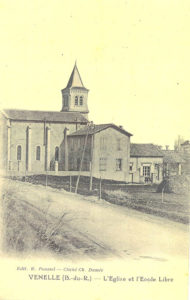 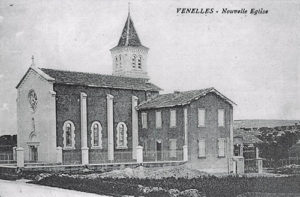