The hamlet of Les Logis was built during the 18th century along the road from Aix to Grenoble. It then gradually spread along the Alpine road in the 19th century and today is the centre of Venelles.

The word « Logis » (dwelling or lodging house) indicates the site of an inn, around which other houses were built.

Some houses still have the remains of porches from stables or the town’s agricultural past.

The buildings are generally simple, with painted wooden shutters and a few details of corner wall ties or framing that underline the openings and the foundations. Most of them are decorated with a double or triple line of Genoise tiling.

The house at 9 bis Grand Logis street is unique with its curved façade. It dates from 1728 and is one of the village’s oldest houses.

The parish church of Venelles-le-Haut was completely destroyed by an earthquake in 1909.

Thanks to the generosity of readers of the newspaper, « Le Petit Marseillais » and articles by its local correspondent, a temporary wooden chapel was built just four months after the earthquake. 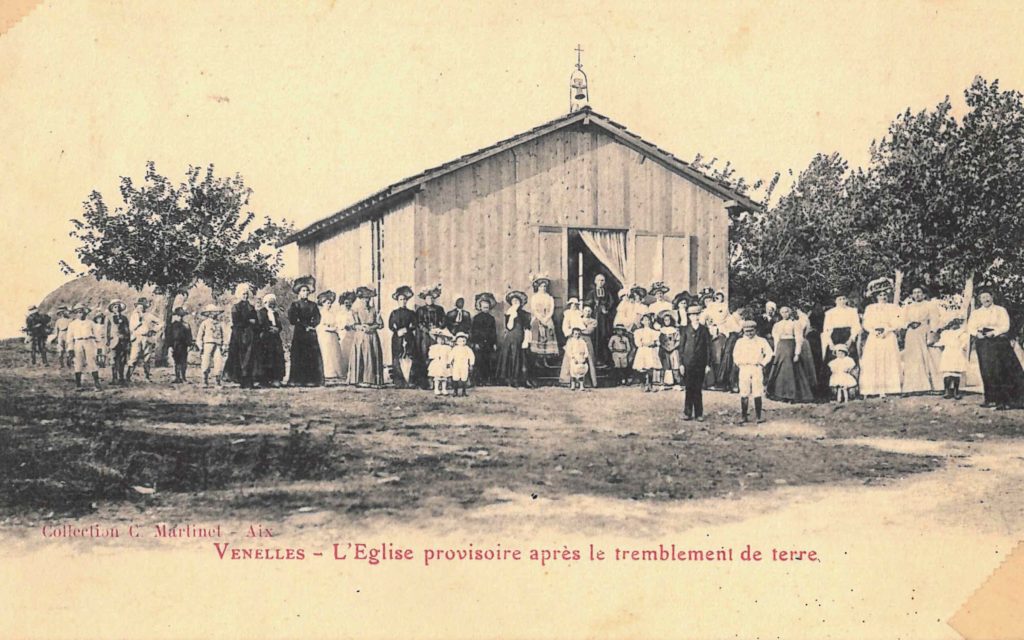 The chapel was inaugurated by Monseigneur François Bonnefoy, the Archbishop of Aix. It is at the intersection of the 96 departmental road and the little street leading to Grand Logis street. This street is called the Rue de la Vieille-Chapelle (Old Chapel Street). The temporary chapel was in use until the inauguration of Saint-Hippolyte church in 1911. 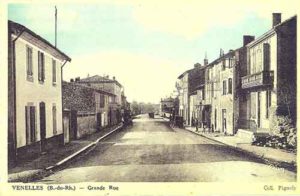 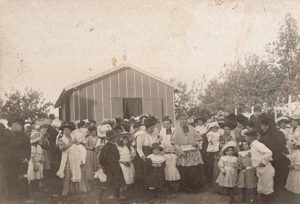