The grave of Louis-Félix Chabaud

Generally known as Félix Chabaud, his grave is on the first terrace with a supporting stone wall, not far from the war memorial. The stone tomb consists of a large monolithic slab crowned with a pedestal on which a white marble statue is placed.

The statue dates from 1879 and was one of Félix Chabaud’s last works, representing an angel holding three hearts in his hands. 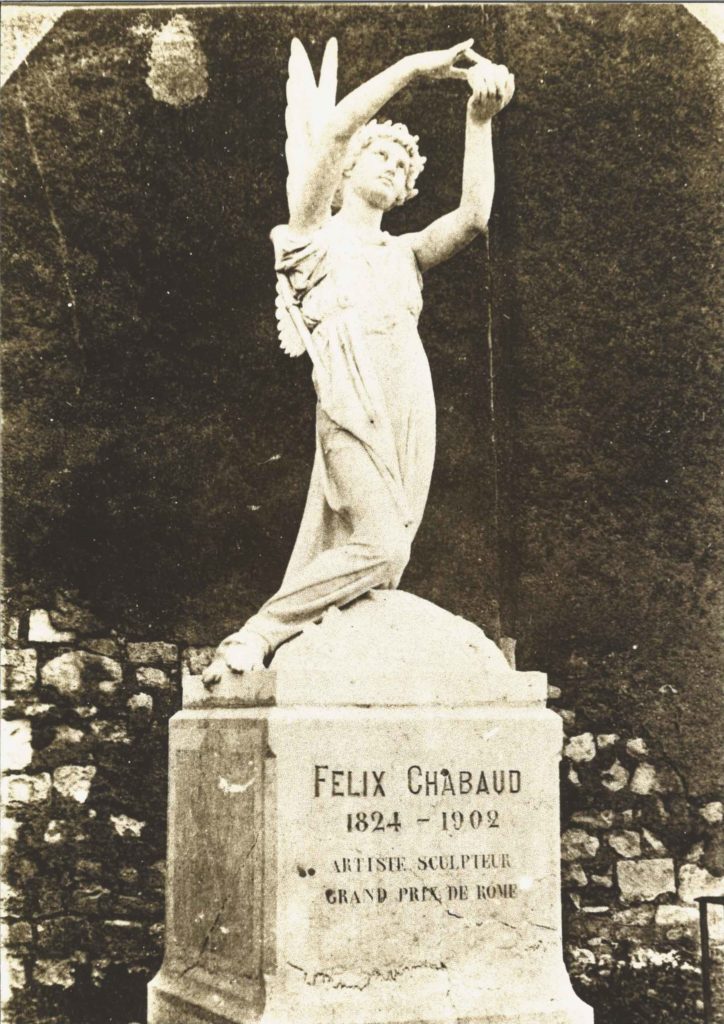 When the sculptor died in 1902, the marble worker Barnier planned to include the sculpture in the funerary monument. But the statue was finally placed in the nave of Venelles-le-Haut church, not far from the bas-relief statue of the Baptism of Clovis.

In 1909, after an earthquake, the church collapsed and the statue was reduced to rubble.

It was put together again, however, and then placed on the sculptor’s tomb, as originally planned, in 1910.

The tomb of the Noble Lady Violaine

In the central avenue of the second terrace, you can see the grave of the Noble Lady Violaine, the former owner of one of the great estates in the village.

On her tomb, dating from the late 18th century, is a moving epitaph:

born in Aix on 17 May 1762 and died on her Violaine estate on 21 September 1836, the widow of Mr Balthazar de Miollis, brigade general and Knight of Saint Louis. Her piety, virtues

and benevolence made her missed by everyone who knew her. Her eldest daughter, Mrs Billon, Mr Billon, her husband, and their son had this grave built in recognition. » 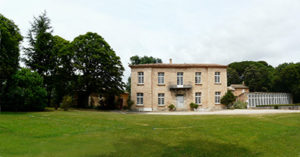 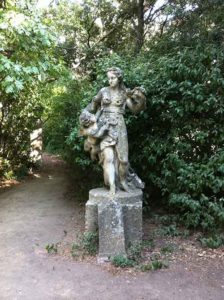 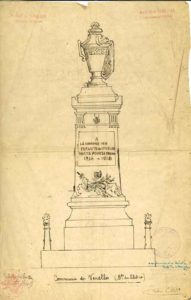