In Provençal, « Lougis » means a coaching inn, a guest house.

Large inns with stables and sheds for horses, were at the origin of the Venelles districts of Les Logis and Les Logissons.

From the Middle Ages, timber merchants travelling from Haute-Provence to Marseille passed through the lower part of the village along the main road from Aix to Grenoble. Inns were built along the road to welcome travellers, their horses and merchandises, and during the transhumance. 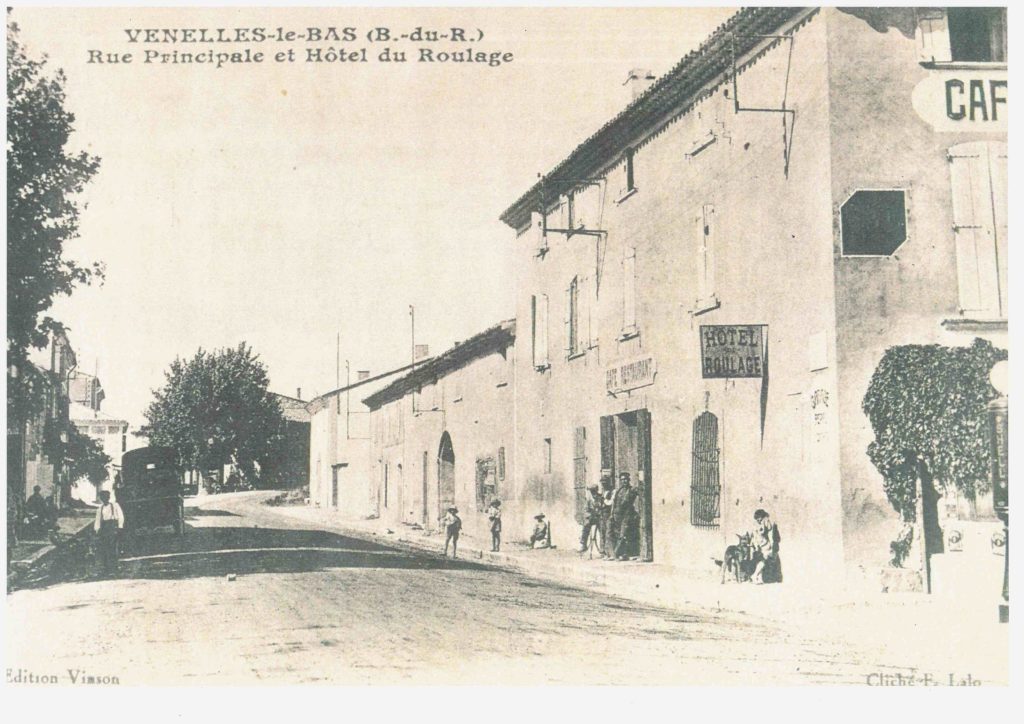 « In Les Logis there was a travellers’ inn that is today the « Café des Alpes ». It was run by Mr Simeon Beauvois. Once a week, the Lanza Cinema in Pertuis came to show films in the outhouse next door. Sometimes there were theatrical revues. We were the first to hear the singer Tino Rossi during a tour with his troupe, « Petit Louis d’Aix  ». Every Wednesday, the sheep brought over from Algeria were taken up to the mountain pastures, after a stop around the inn with the colourful band of sheep drivers. » 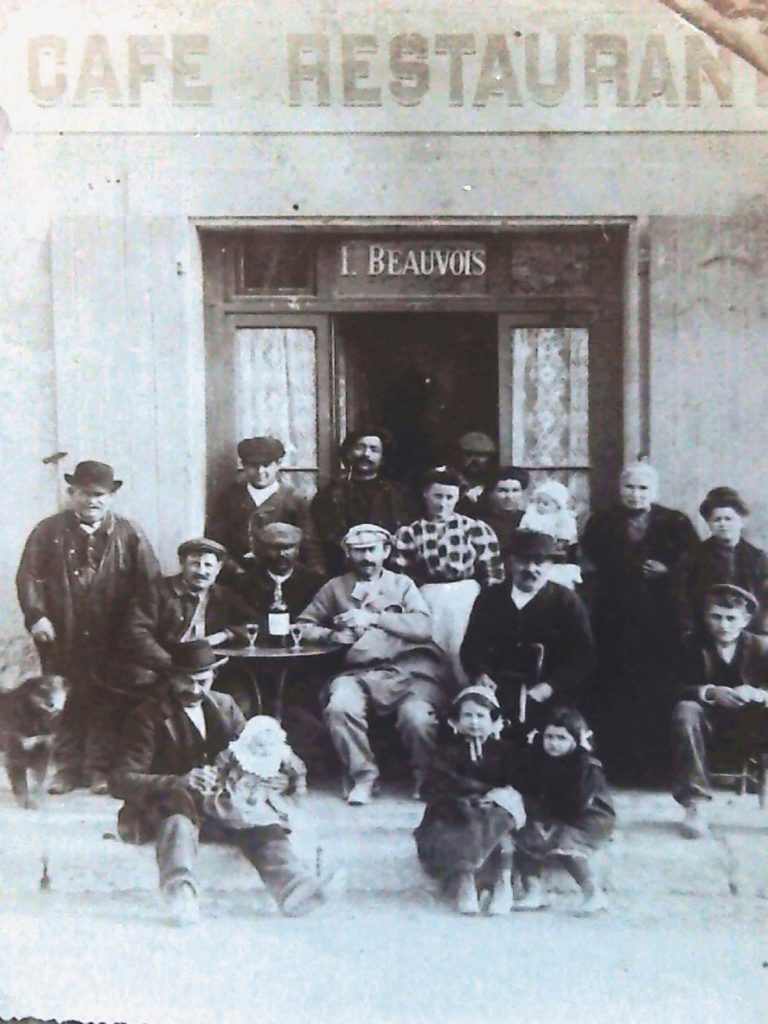 The district also had two bakeries. The bakery on the square was owned by Arsène Coste, the former mayor of Venelles, and the second belonged to Marius Arnaud, who had once worked for Mr Coste. Before the motorway was built in 1985, the wood-fired oven bakery was a favourite stop for people from Marseille on their way to the Alps.

« In about 1958, a photographer came to live in Venelles. He had the idea of bringing a dromedary and an Algerian Bedouin to the town. He took photos of local and Aix residents alongside the camel. Once his job was done, the photographer went away again, and left the camel and its master in Venelles. The man and the dromedary lived in an enclosure alongside the Café des Alpes. To make ends meet, the Bedouin begged at the church door. During the festival period, the royal family of Monaco sometimes stayed on the Saint-Joseph estate on the Puyricard road. One day, Princess Grace of Monaco was leaving the church and saw the Bedouin begging. She spoke to him and he told her about his misfortunes. The princess was touched by the story and invited him to come and live in Monaco with his camel ». 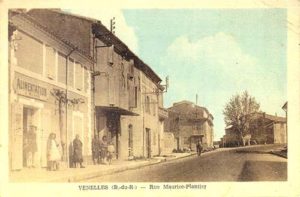 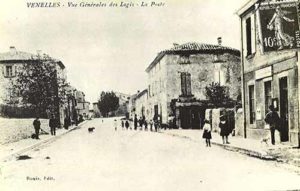 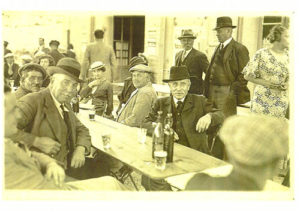